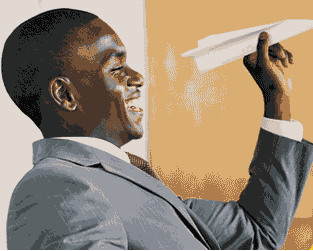 I was an in-house copywriter at Boise Cascade when they merged with OfficeMax.  Shortly after the merge, OfficeMax hired an outside ad agency that launched the “What’s Your Thing?” campaign, and the Rubberband Man commercial aired shortly thereafter.  While the in-house creative teams were not involved with the campaign, we were asked to create some web banners to help reinforce the new branding.  These are some of the web banners I wrote and developed in conjunction with an art director.